Animikii’s employees are grateful to conduct our work as visitors on the traditional, unceded territory of the Lekwungen (Songhees) Peoples of the Coast Salish Nation, the traditional, unceded territory of the Musqueam, Squamish, and Tsleil-Waututh Peoples of the Coast Salish Nation and the traditional territories of the Kwanlin Dün First Nation and the Ta'an Kwäch'än Council. Animikii is a remote-friendly company committed to supporting Indigenous technologists who work on meaningful projects in ways that fit their lives and support their personal and professional goals. Each of the Thunderbirds (Animikii employees) has completed accredited Indigenous Cultural Safety training and Animikii approaches technological solutions through this lens. 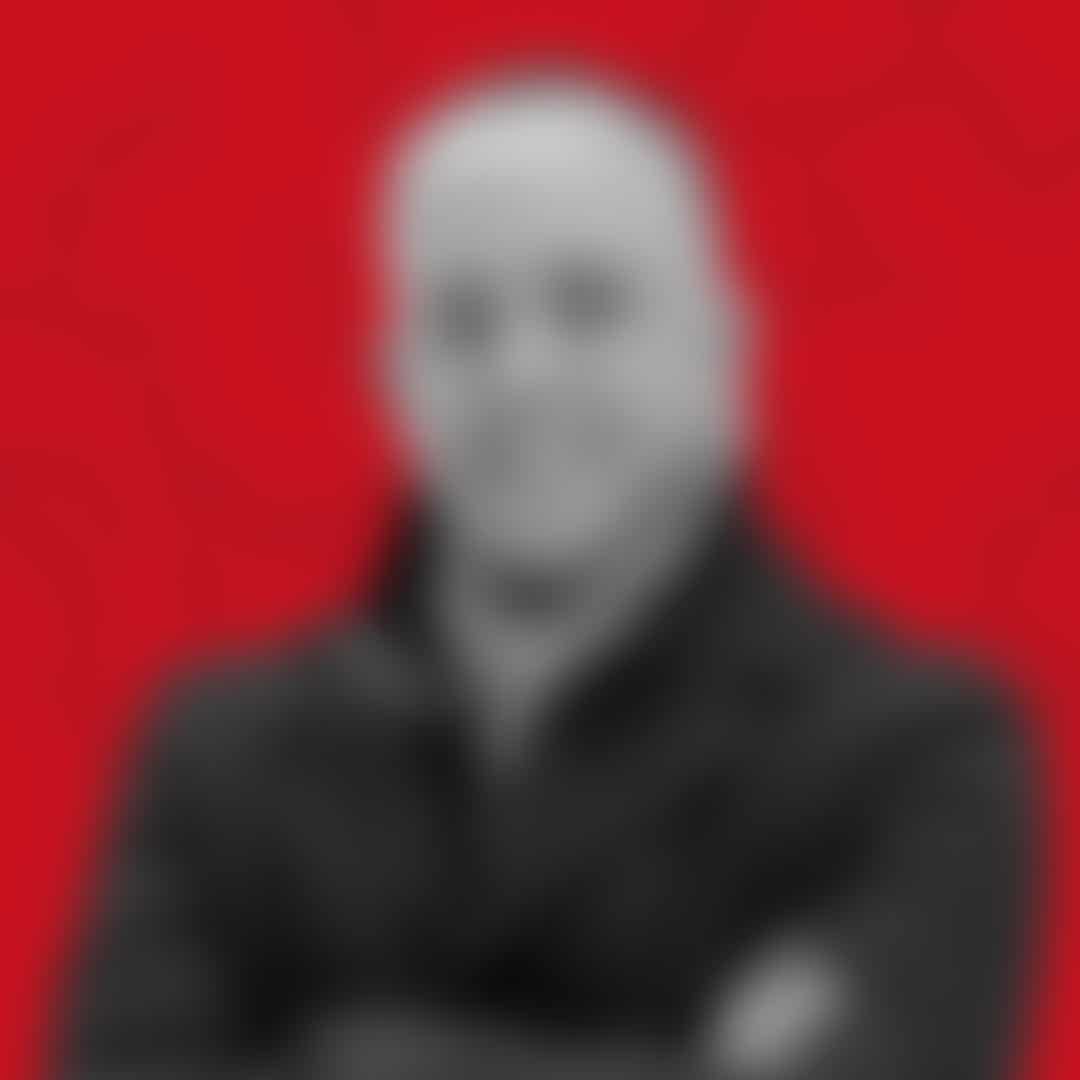 Ian Capstick is a social entrepreneur, political strategist and storyteller. His early career in politics allowed him to travel the country extensively, learning to listen to folks and work step by step to solve problems. After founding his first company, he spent eight seasons as a contributor to CBC’s flagship political program Power & Politics. Outside of politics, he has managed communications for top Canadian corporations, major unions and well known Canadians and media-figures. After graduating from the University of Pennsylvania’s Centre for Social Impact Strategy (2017), Ian returned to the program as a Teaching Fellow (2018-2020). 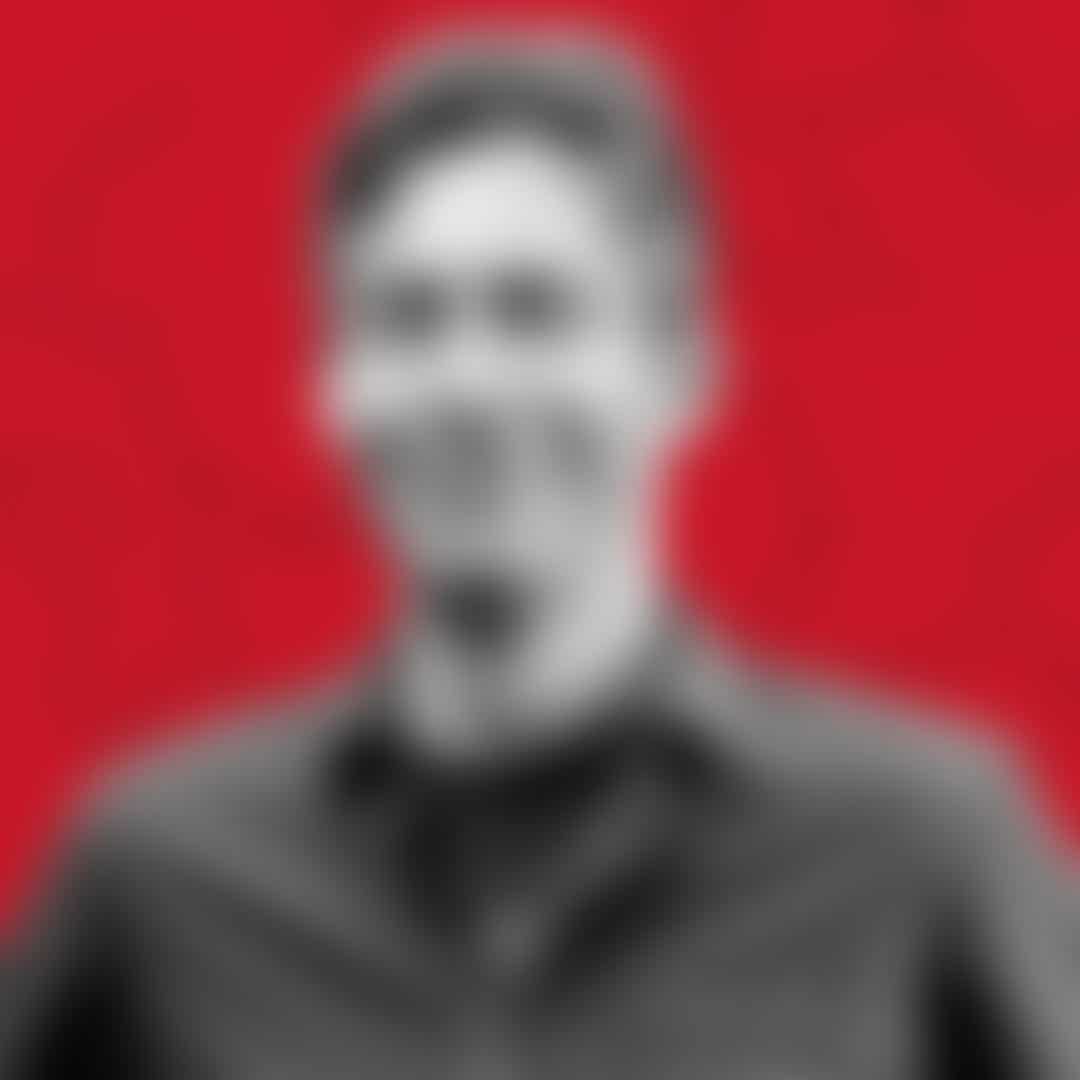 Jeff is Cayuga from Six Nations of the Grand River Territory. His strategy focus at Animikii supports all of our projects to ensure that the experiences we design and develop work effectively within Indigenous contexts. Jeff is a passionate advocate for leveraging technology to accelerate Indigenous resurgence throughout the world. When he isn’t hypnotized by a computer screen, Jeff can be seen rollerblading around town or wandering through the bush. He works on Lekwungen territory in Victoria, BC. 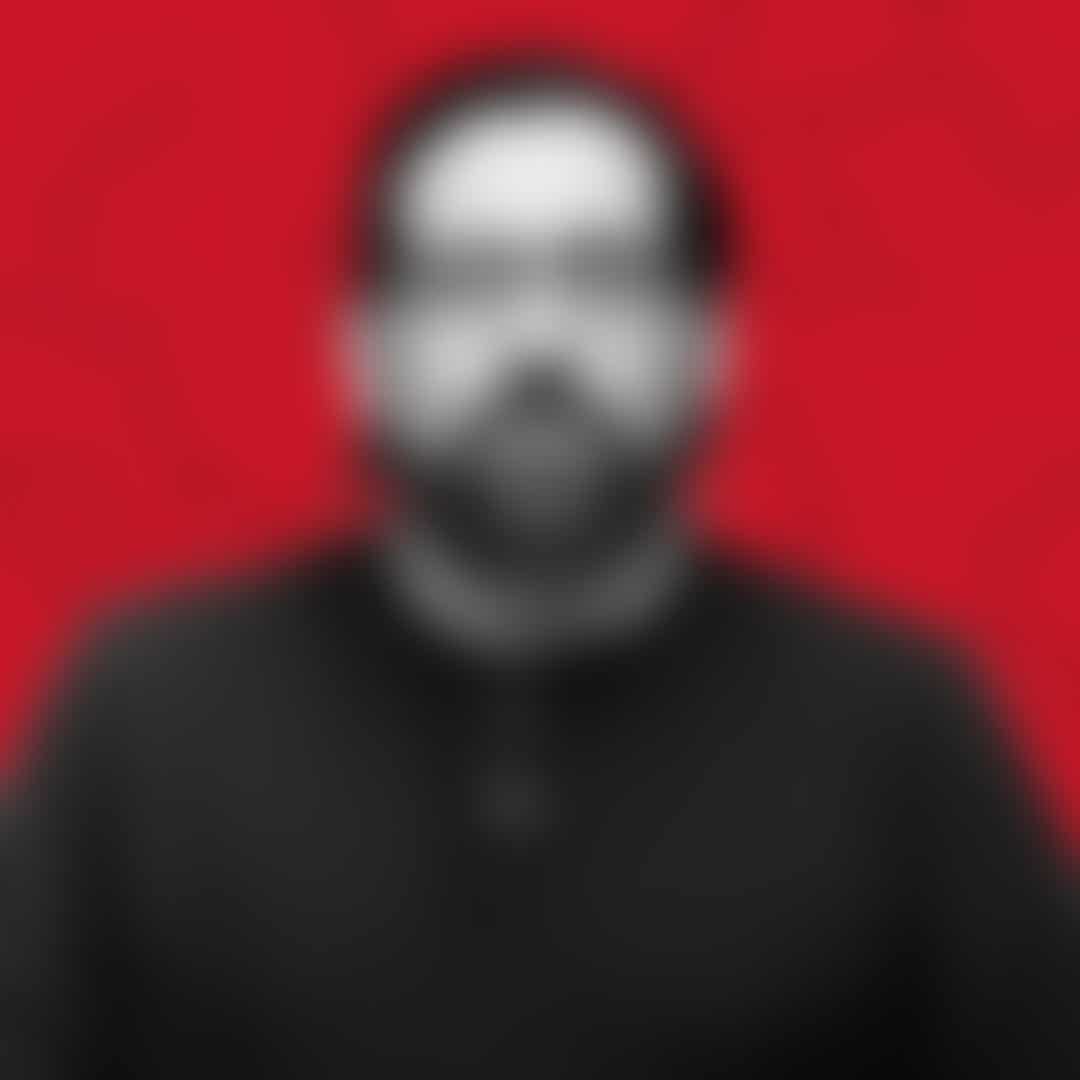 A proud member of the Tsimshian people, Jonathon has over a decade of experience in client services, web design, stakeholder communications, and graphic design. As the Digital Services Project Manager, Jonathon leverages his past experience with Indigenous communities to provide the best possible services and coordination with the Animikii team. He works on Lekwungen territory in Victoria, BC. 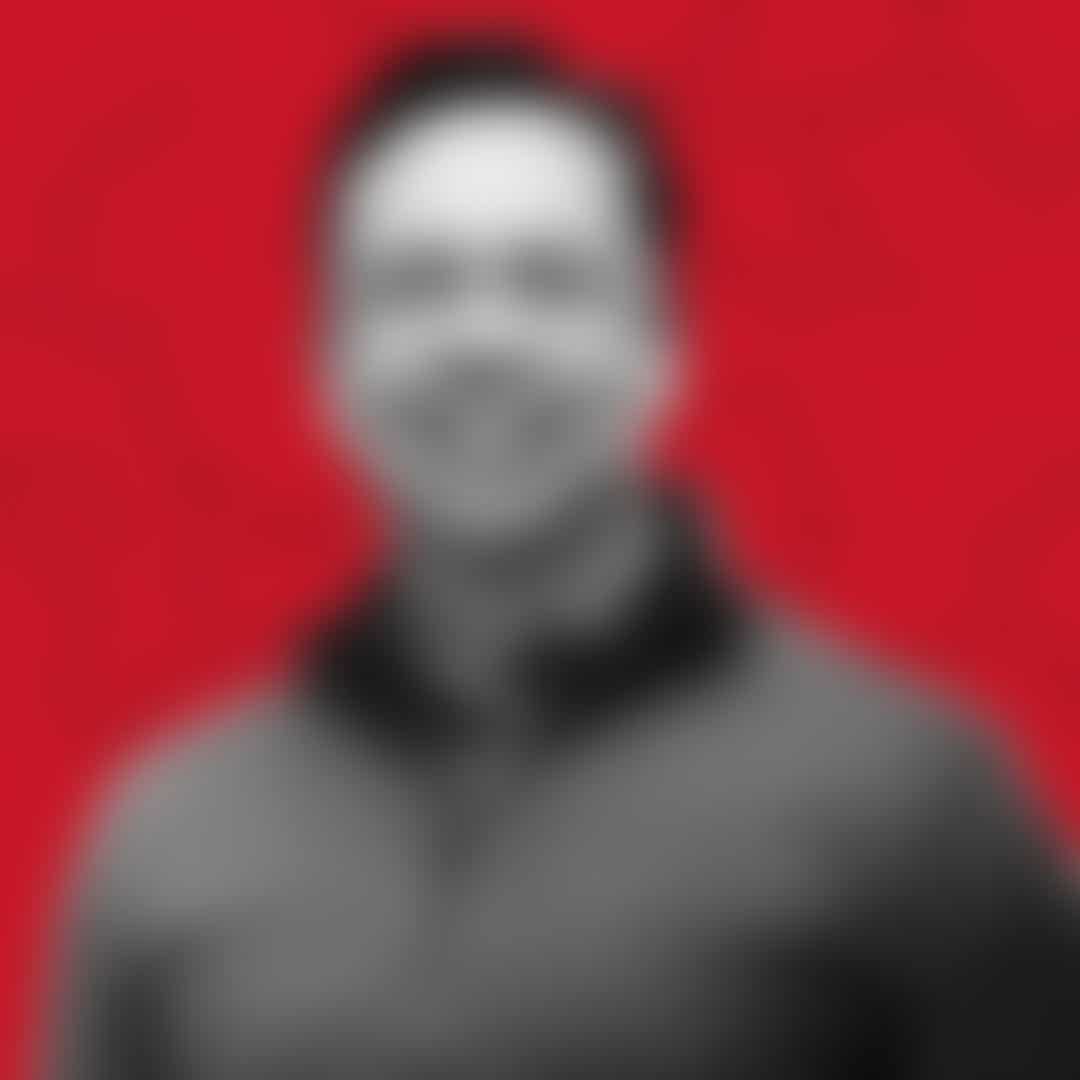 Chuck Frank is a senior software developer who has designed software solutions for 18 years. Chuck was a founding partner at PlusThree, LLP, in New York City, providing campaign software solutions to political organizations for seven years. Chuck worked at the University of Victoria for ten years, providing software solutions for centralized information technology, including emergency notification, budget planning, and research administration tools. Chuck values his roles as a father, husband, and community member; he loves to spend his time at his children's activities, and as part of various community-building social events. Chuck believes in the dignity of all peoples, in equity and human rights, and in social justice. Chuck is Yéil naa, Deisheetaan, Kaagwaantaan of the Tlingit peoples in Southeast Alaska - Raven moeity, Beaver, and Wolf clans, from Angoon Alaska. Chuck works on Lekwungen territory in Victoria, BC. 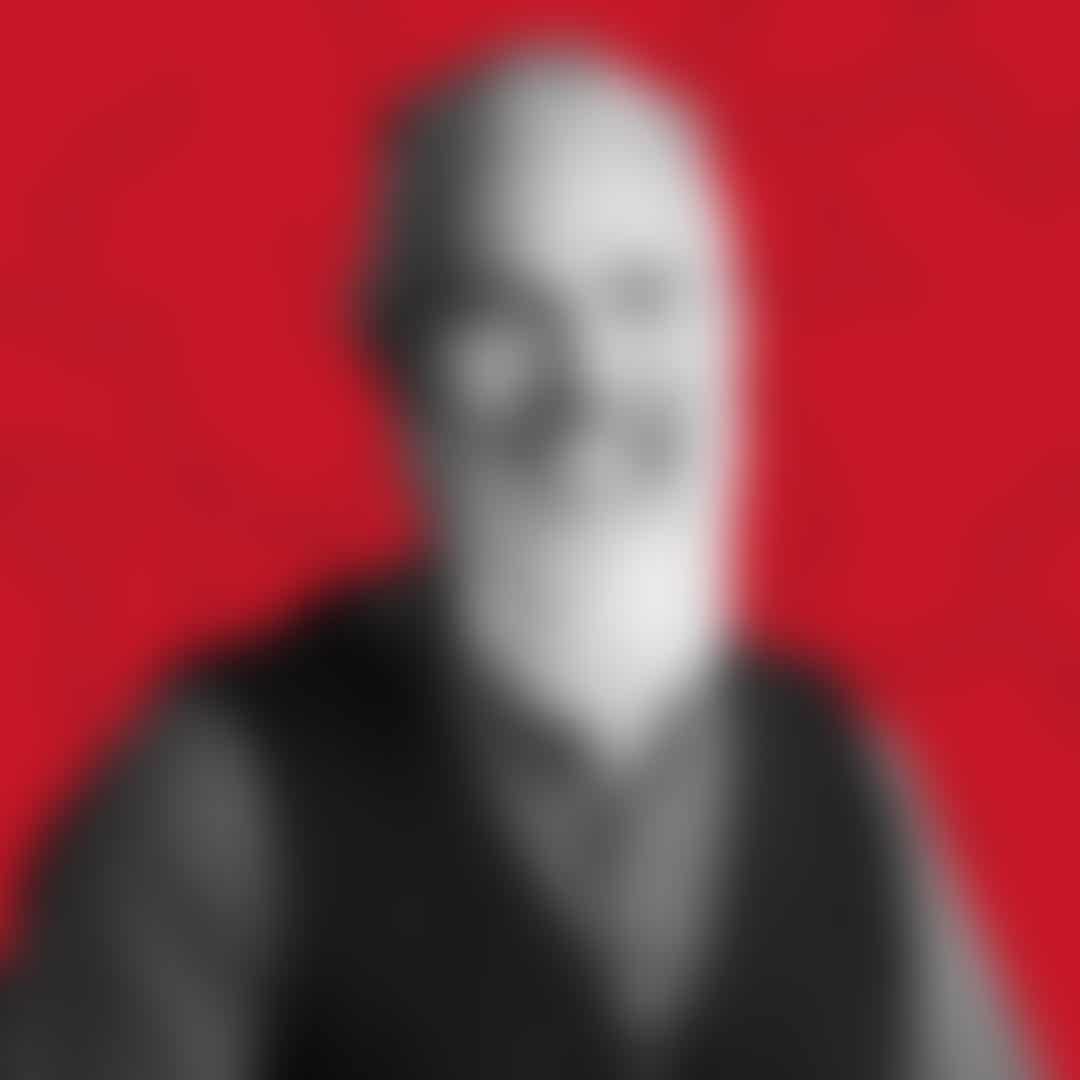 Colin brings 25 years of scaling up technology companies as an Entrepreneur, Founder, Investor, and Advisor. Colin spent his youth as a settler on the traditional territory of the Kwakwa̱ka̱ʼwakw and he is deeply committed to Animikii’s vision for Indigenizing technology to accelerate Indigenous resurgence throughout the world. When he isn’t facilitating and supporting Animikii growth, Colin can be found on his micro farm in North Saanich on Tseycum territory. 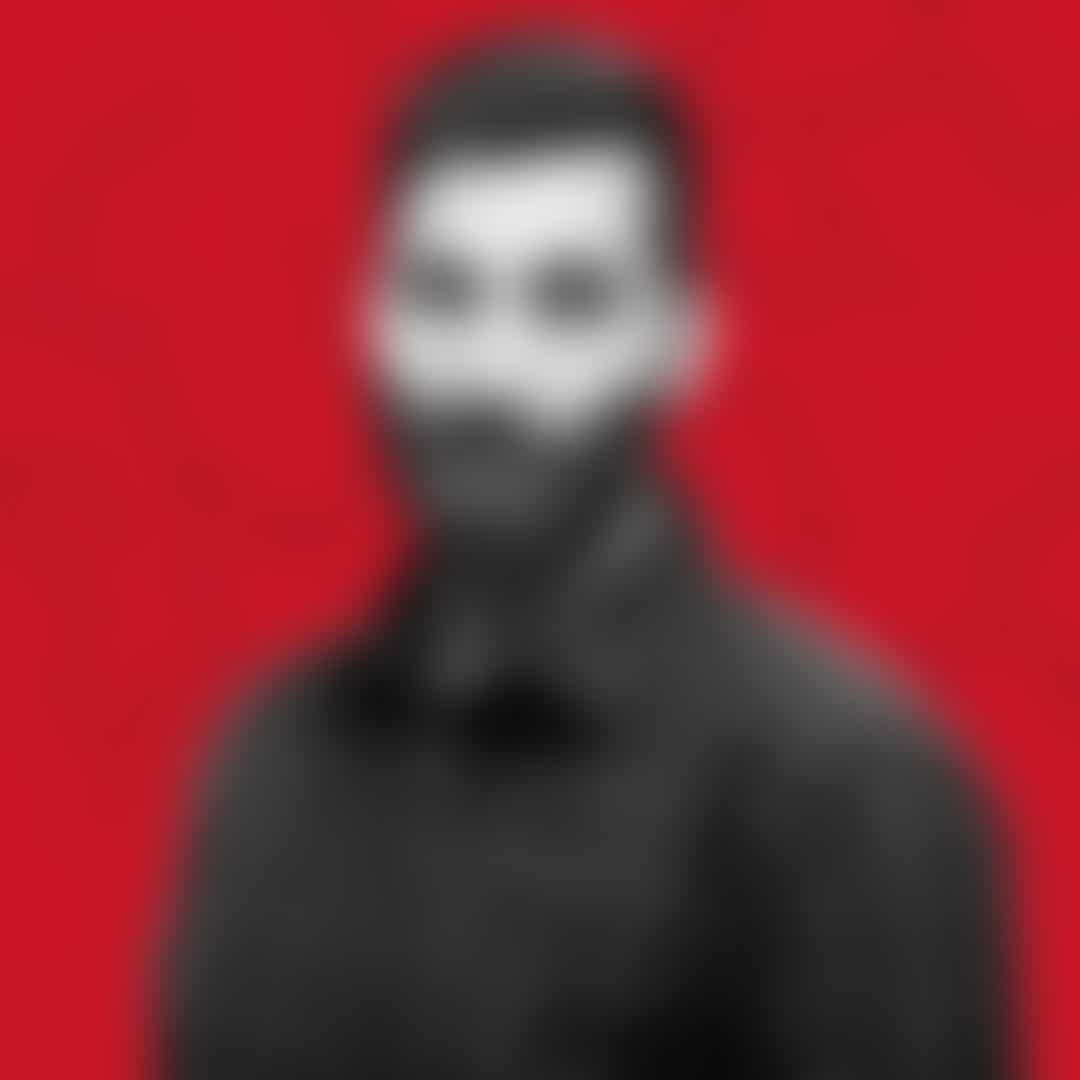 Mat has been building user experiences through software for over a decade. He has a degree from the University of Victoria in computer science and geography. His focus is designing, building, and maintaining scalable web-based products that are both useful and easy to use. Mat lives in Victoria, BC and can often be found on remote hiking trails of Vancouver Island. 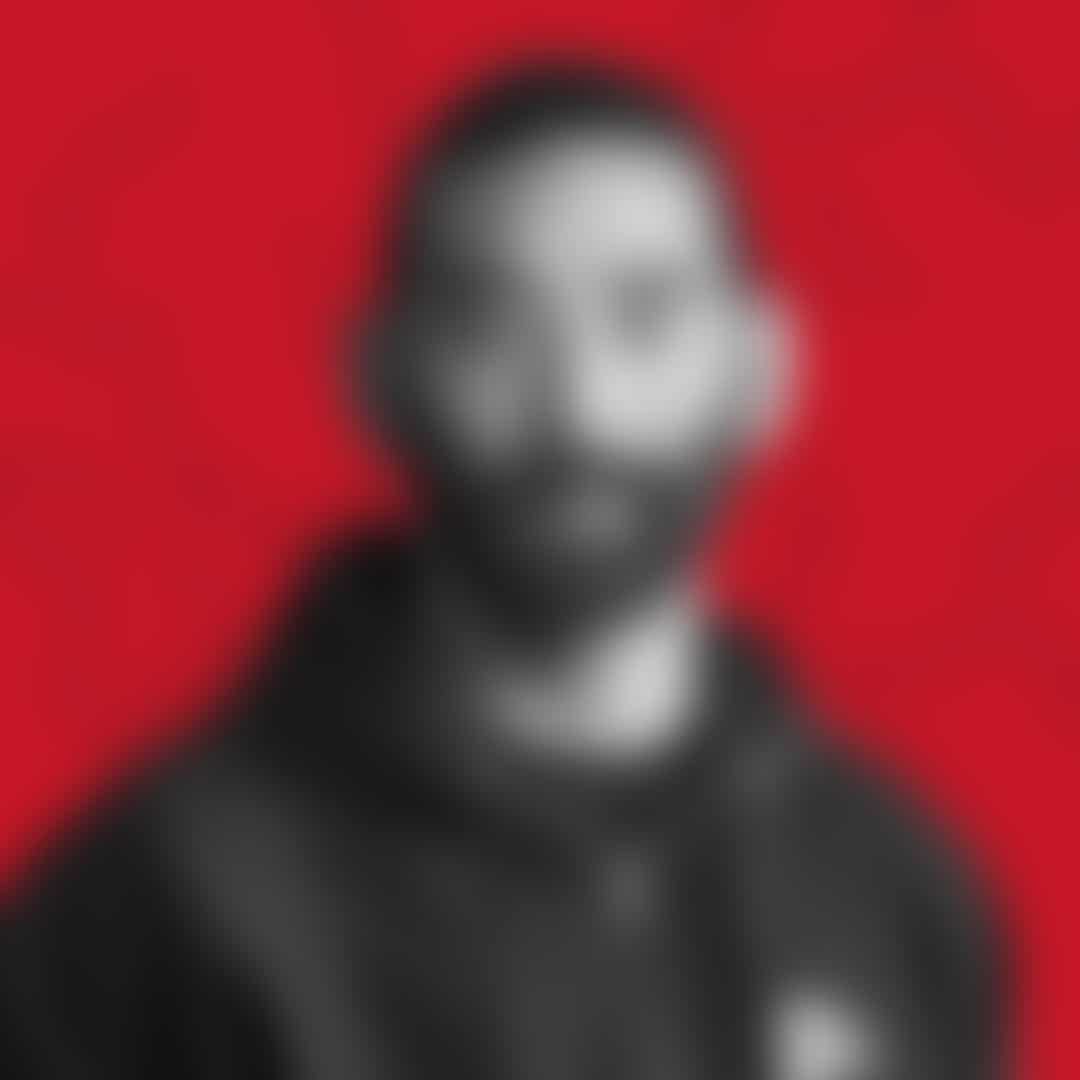 Yosuke Hasumi is a full stack developer who is passionate about the pursuit of mastery in all aspects of his life. He brings to the table prior experience in teaching programming courses, running his own web design and development business, and being involved in various tech startups. He strives to support the growth of humankind to become more loving and accepting; this is best expressed through his role as a father to two children, both born and raised on the traditional territories of the K’ómoks, Homalco, and Tla’amin Nations of Vancouver Island. His free time is spent in the backcountry, riding his motorcycle or blade smithing in his shop. 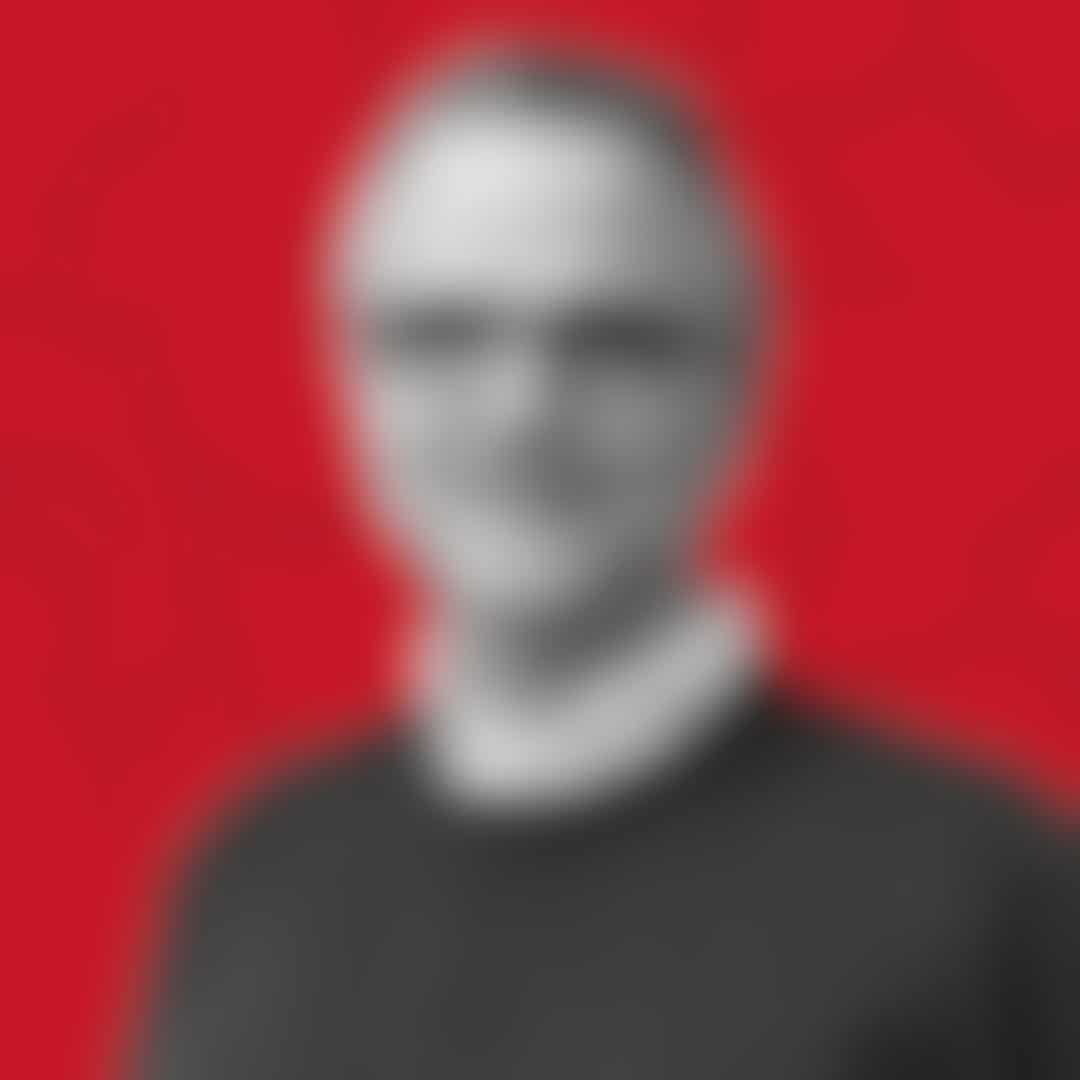 Jo has been a passionate maker from a young age. After he earned an engineering degree in Germany, he  migrated to Vancouver Island. He has led numerous ambitious and innovative technology projects as a consultant, entrepreneur and startup team member. As part of the Animikii software leadership group he uses his deep technical experience to further human progress through thoughtful use of technology. Jo lives with his family on K'ómoks Territory where he balances his work on the computer with exploring the surrounding mountains, forests, and waters. 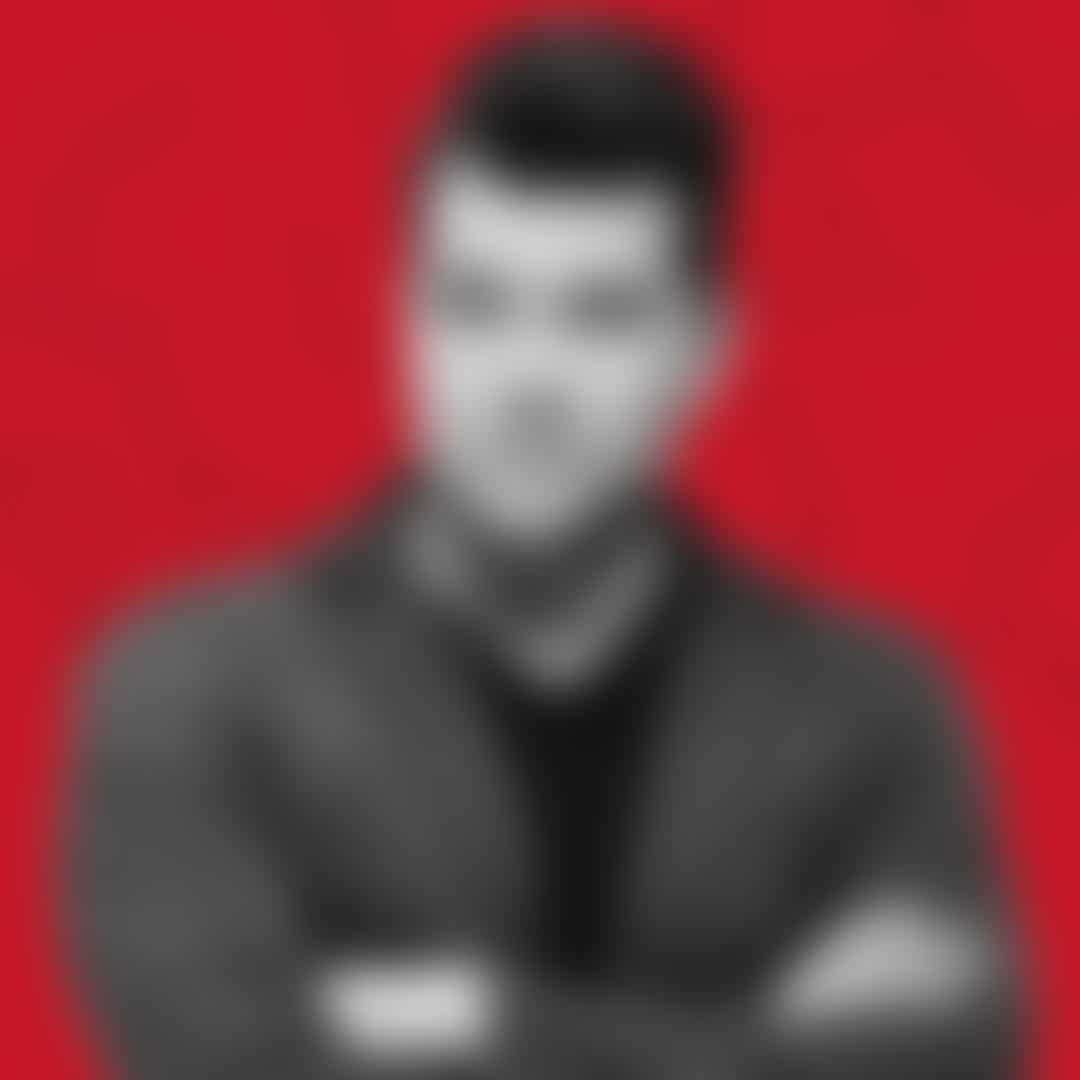 Dakota brings our projects to life by making them look great, work across all platforms and are a delight for users to interact with. As our resident front-end expert, he is responsible for delivering engaging experiences through the latest web technologies. Dakota is a member of the Samson Cree Nation and lives and works on Vancouver Island. 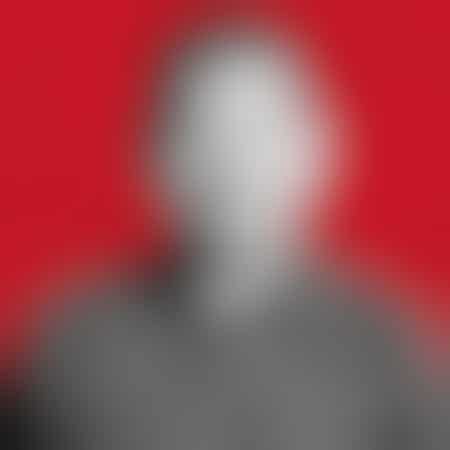 James is a full-stack developer interested in making software that makes a positive impact. He is interested in continuous learning of how to build clean and maintainable codebases. When he is not coding you can find him splitboarding in the backcountry in the interior of BC or chasing snow at one of his favourite resorts. He lives and works from Vancouver, BC. 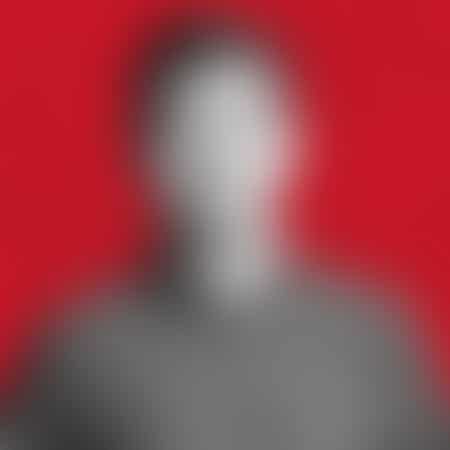 Tyler is a Business Development Strategist who brings extensive experience providing technology solutions for Indigenous Peoples around the world. Whether in Sub-Saharan Africa or Coast Salish Territory in British Columbia, Tyler is passionate about uplifting Indigenous communities with technology. Tyler has a degree in Marketing Communications Management and is a proud member of Duncan’s First Nation Band. His heritage includes Cree, Dane-zaa (Beaver), and Scottish ancestry. When he has a spare minute, he can be found surfing in the Pacific Ocean and snowboarding on the coastal mountains. 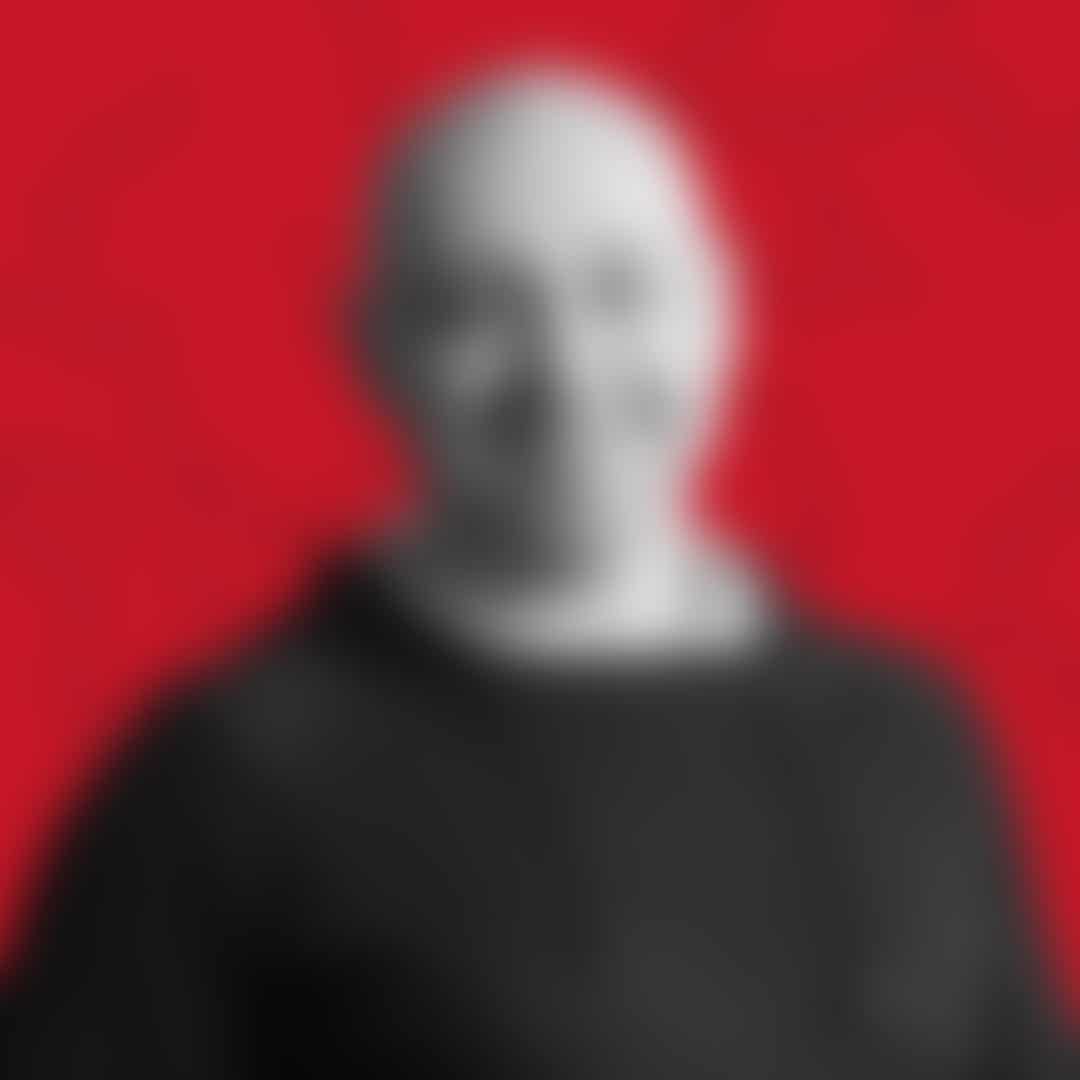 As a Software Developer, Fabio works on full-stack web applications, on client and internal software, with a specialization in back-end web development. Fabio enjoys creating user experiences that delight and appear to work intuitively, as an extension of the user's brain. Fabio's first priority — and greatest source of pride — is his role as husband and father. Fabio is a first-generation immigrant from Italy and is grateful to live and work in the lower mainland of British Columbia on the traditional territories of the Coast Salish peoples.

Jen writes and manages software and website content, social media, and multimedia projects for both Animikii and our digital communications clients. She is Nakota and Danish with relations from the Alexis Nakota Sioux Nation in Alberta. Jen began her journey with Animikii as a freelance copywriter and later worked as a co-op student while she was pursuing her Bachelor’s degree in English, Professional Communications, and Cooperative Education. Jen is a passionate advocate for women - particularly Indigenous women - working in technology and strives to promote and celebrate the female voice in a predominantly male industry. When experiencing writer's block, Jen likes to spend the day baking bread, gaming, and exploring Vancouver Island. Jen lives and works on the traditional territory of the Lekwungen (Songhees) Peoples of the Coast Salish Nation. 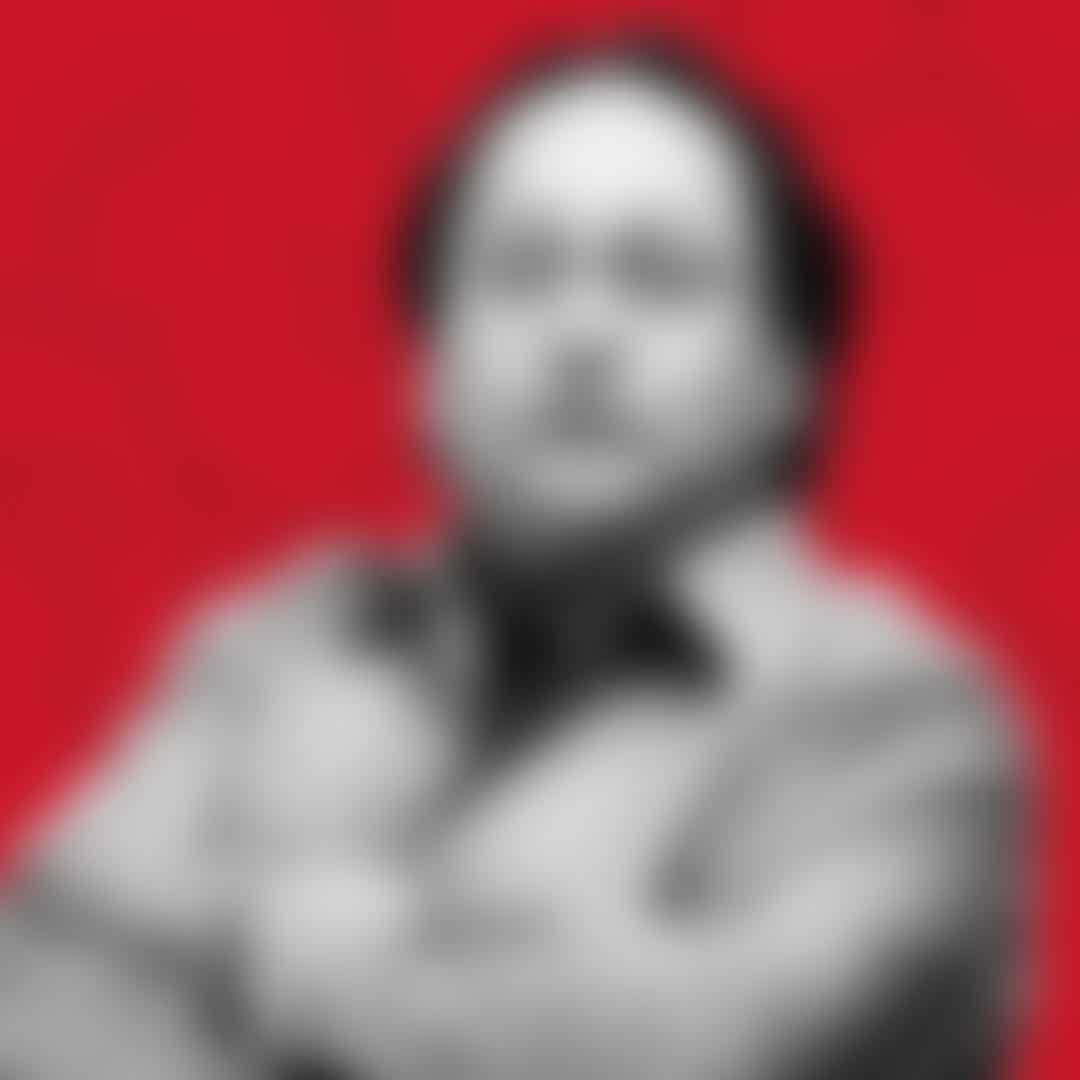 Mark Rutledge, CGD™ is Animikii’s lead designer. As a passionate graphic designer who embraces his creative instincts and intuition, he has a burning desire to cultivate flawless outcomes in branding, photography, and web design. Mark is Anishinaabe and a member of the Little Grand Rapids First Nation. He lives and works on Kwanlin Dün and Ta'an Kwäch'än Council Territories in Whitehorse, Yukon. Mark also serves as National President of the Graphic Designers of Canada. 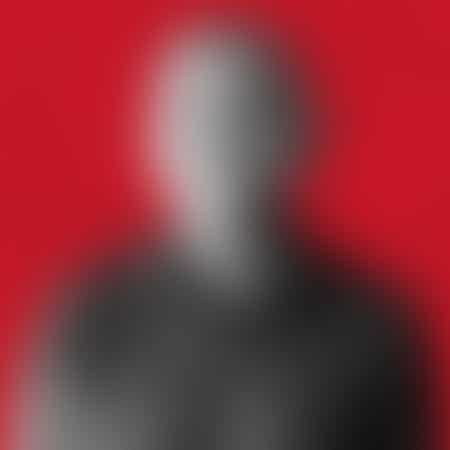 Tom Spetter brings over 30 years of professional design experience to Animikii. He has extensive agency experience as well as 20 years of serving the local Victoria business community as a freelance graphic designer. Passionate about digital photo retouching, design, branding, illustration and web design, Tom loves the challenge of making something look great, as well as functional. Tom is a graduate of Vancouver Island University’s Graphic Design program.

Tom is a Tla-o-qui-aht First Nation member and is honoured to work and live with his family on the traditional territory of the Lək̓ʷəŋən (Lkwungen, Songhees and Esquimalt) Peoples of the Coast Salish Nation. When not at work, you can find Tom shredding Pentatonic scales on his ever-growing collection of guitars. 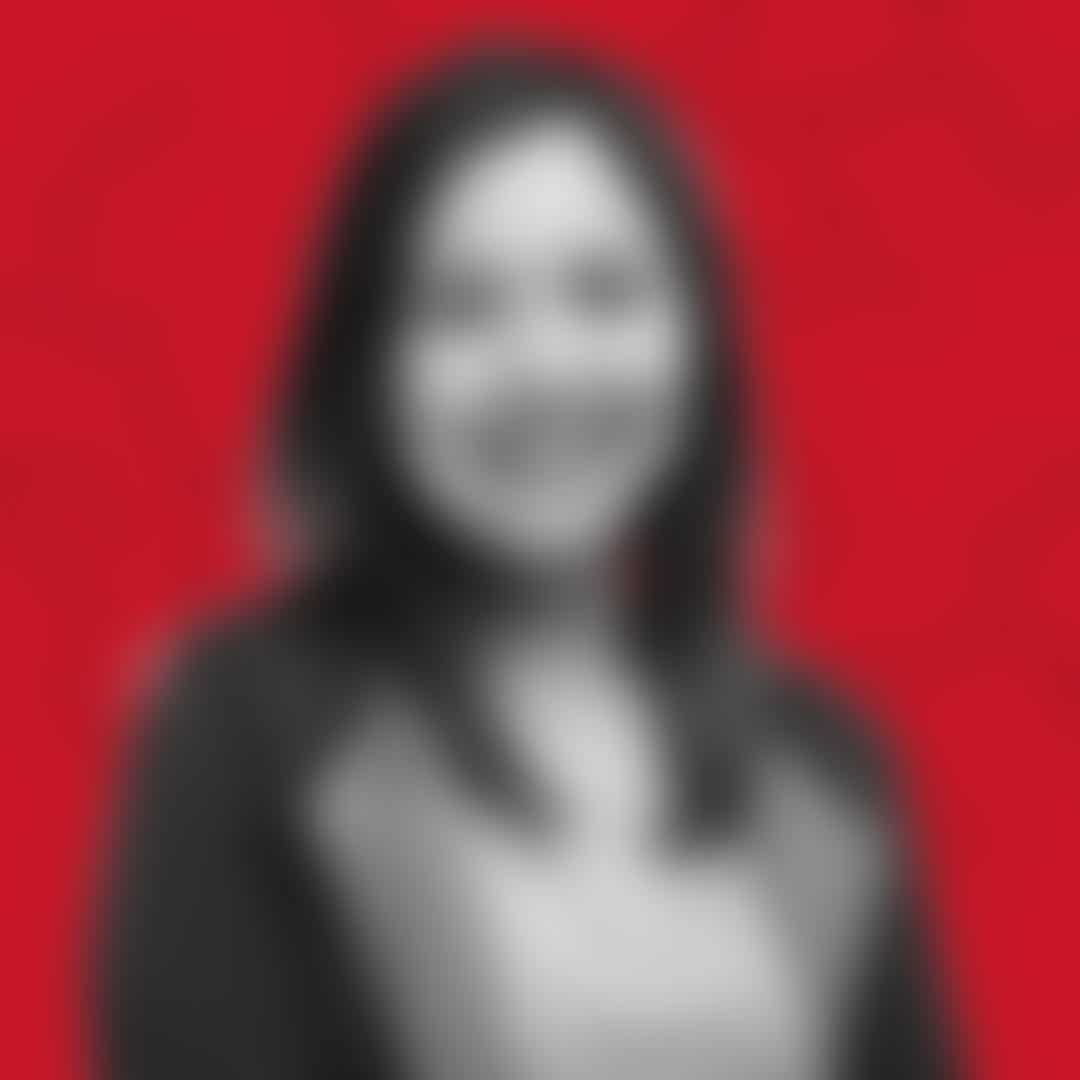 Samantha is proud to be born and raised on Vancouver Island. She is Coast Salish and a member of the Snuneymuxw First Nation. Samantha is the Project Coordinator at Animikii. She has a foundation in business and over 10 years of experience providing executive support. Samantha is passionate about working in Indigenous business, building the capacity of Indigenous people, and working for a socially driven company. 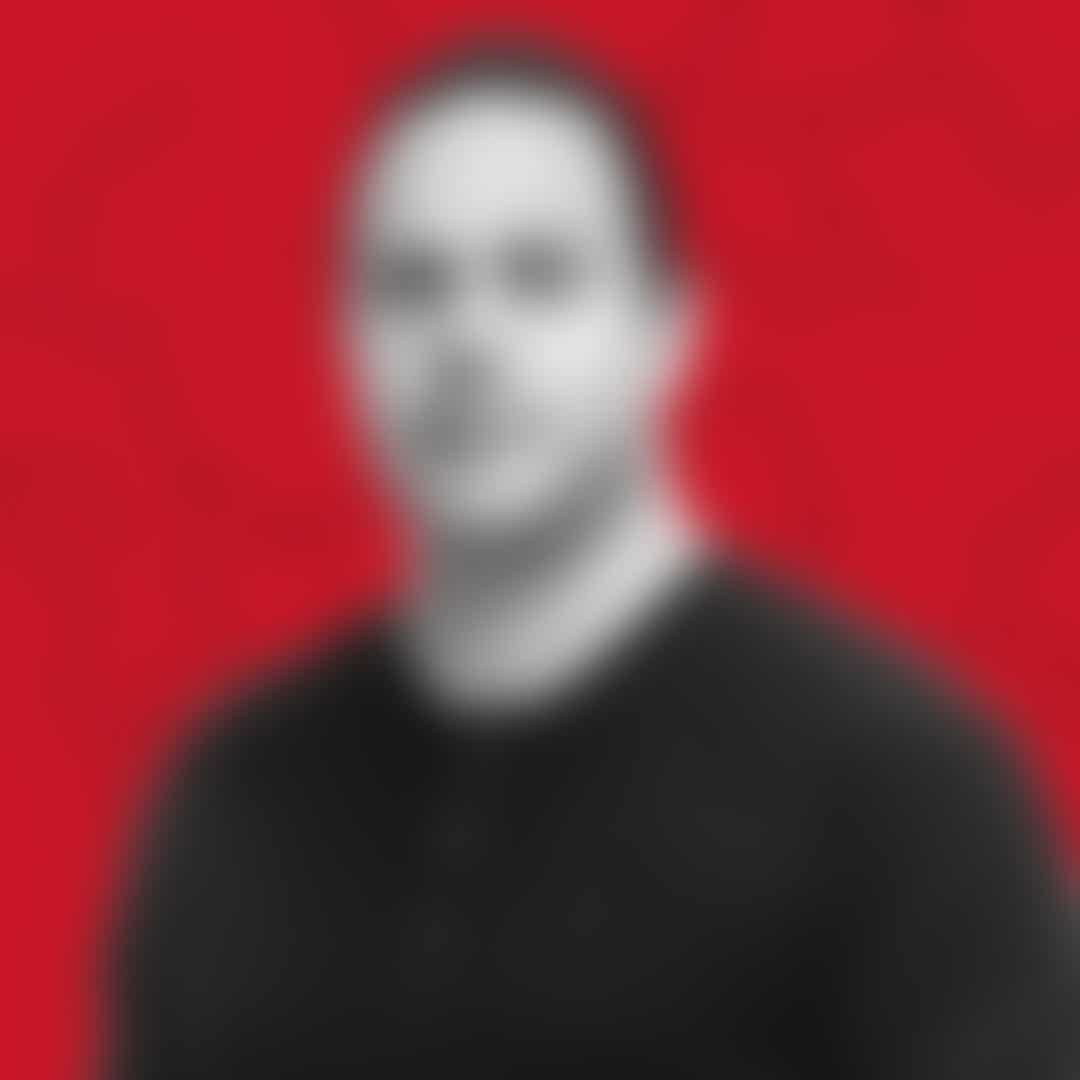 Jeff founded Animikii in 2003 and has orchestrated and managed its growth ever since. Everything Jeff does in business is geared towards uplifting his family, communities and Indigenous Peoples. He is Ojibwe and Métis, originally from Manitoba, and now lives and works in Victoria, BC on Lekwungen territory. Jeff is a web designer, software developer, author, and speaker. He also serves as board member for Aboriginal Peoples Television Network (APTN). 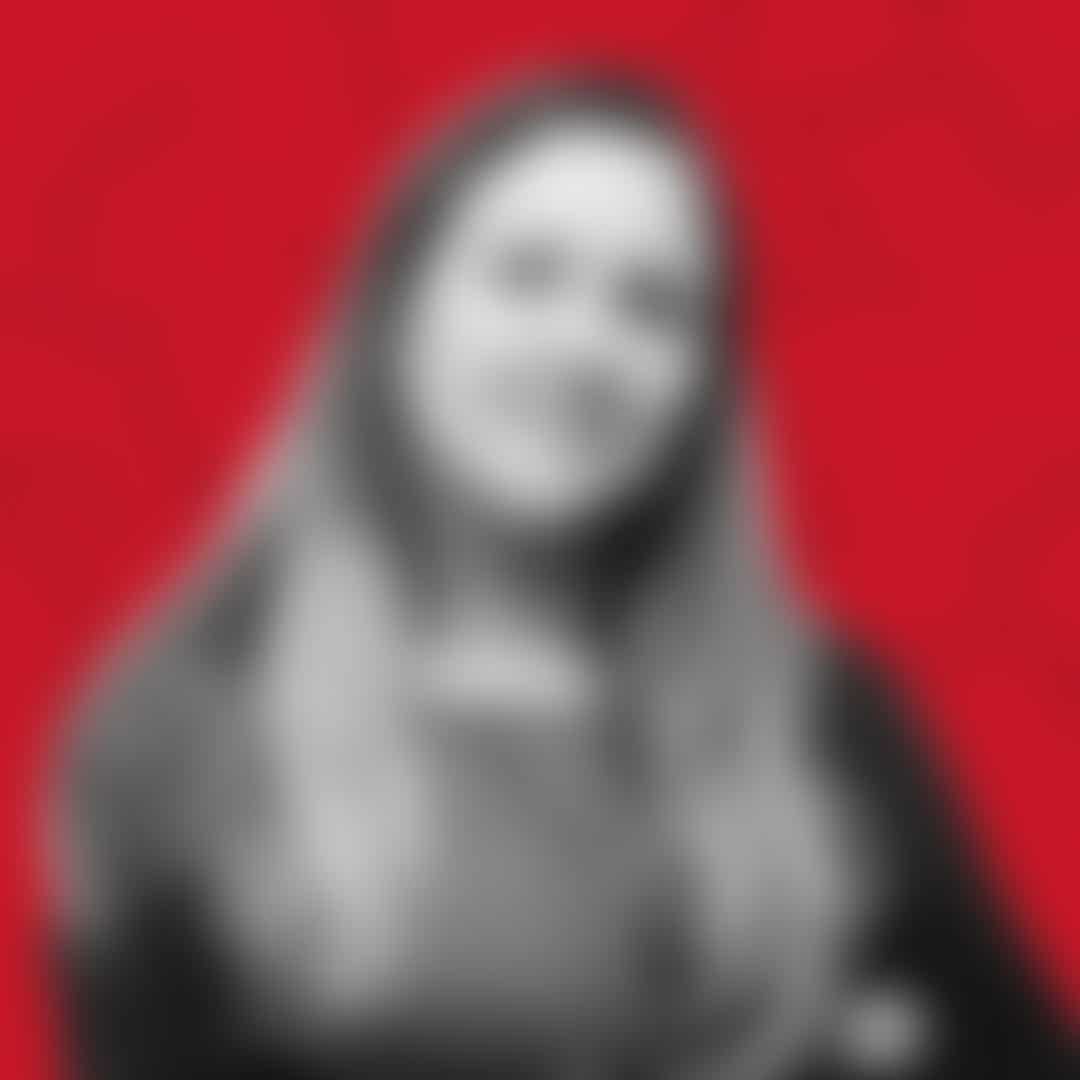 Robyn is the Director of People Operations at Animikii and has been working at Animikii since 2003. She supports the team in a variety of ways from website content strategy and information design to administrative support, bookkeeping, strategy, and people operations. Her keen eye for detail and thoughtful approach allows her to anticipate our team’s needs throughout all of our project lifecycles as well as internal operations. She has a background in Psychology, Art Therapy and Counselling. Robyn is an artist, author and a volunteer counsellor for the Esquimalt Neighbourhood House. Robyn has Ukrainian and European ancestry and was born in Winnipeg, MB on Treaty 1 Territory. She has two brilliant Anishinaabe boys (11 & 15), and is grateful to work and live with her family on Lekwungen territory in Victoria, BC.