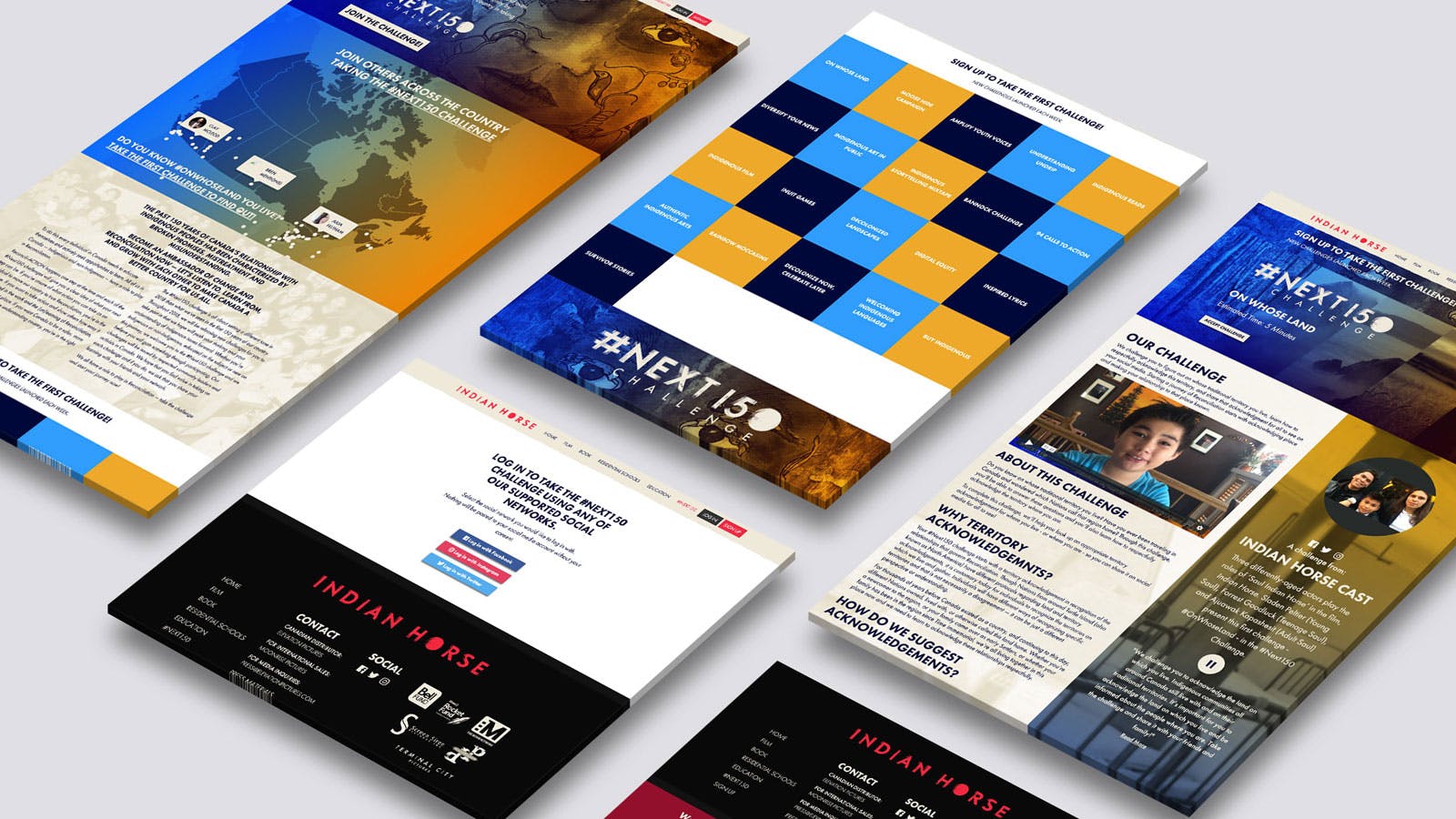 We developed the #Next150 campaign and corresponding challenges alongside the release of the Indian Horse film, adapted from Richard Wagamese's award-winning novel "Indian Horse." Throughout 2018, we released new challenges for users to take part to encourage thought understanding of Indigenous issues in Canada. The challenges were issued by respected community leaders and activists in Canada, including cast from the Indian Horse film, Residential School Survivors, activists, government officials, and artists.

“Partnering with an Indigenous digital agency was key to the success of the Indian Horse Film. Animikii’s entire team understood our vision and worked in collaboration with us to foster a meaningful conversation around Reconciliation through the film’s digital media. Thanks to Animikii, we reached hundreds of thousands of people through the digital campaign they developed.” — Indian Horse Film Producers